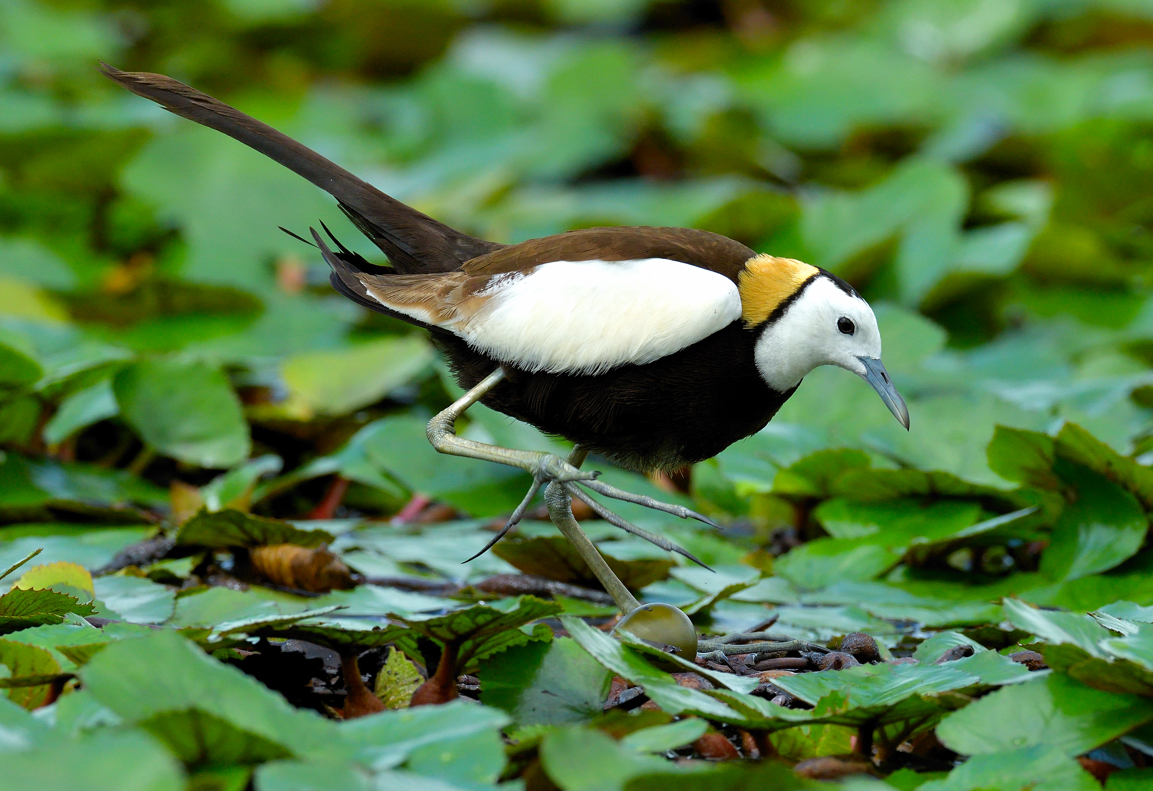 The Taiwan Wild Bird Federation (TWBF) has successfully applied to become one of the newest members of the International Partnership for the Satoyama Initiative (IPSI). Its addition brings the total number of IPSI partners to 279. It also becomes the 18th successful Taiwan applicant.

The TWBF applied for membership on behalf of the Pheasant-tailed Jacana Conservation Park (PTJCP) which is located in Tainan and is managed by TWBF partner the Wild Bird Society of Tainan. The group had asked the TWBF Secretariat to help apply on its behalf as it is Taiwan's largest bird conservation organization and serves as the umbrella group for 21 bird and ecologically-minded organizations throughout Taiwan proper and its outlying islands.

In the past, Pheasant-tailed Jacanas had breeding populations in many parts of Taiwan. However, by the 1990s, the total population had declined to under 50 individuals, due to pesticide use, poisoning, and especially habitat loss. Most resided in the Guantian District of Tainan, Taiwan's top water chestnut producing region. These paddies serve as critical habitat for the jacanas, which use them for breeding and foraging.

The Pheasant-tailed Jacana Conservation Park was created in 2000 as a small reserve of 15 hectares to serve as a sanctuary for the remaining jacana population. Staff would do surveys and habitat management as well as stress the importance of eco-friendly and traditional-style local farming practices. Over time its functions evolved. Now, working alongside government and the local community, the park has become a hub for developing a winning situation for both rural landscapes and biodiversity.

This has been accomplished by working with farmers to adopt organic or eco-friendly traditional farming practices to reduce the impact on the land and biodiversity. They have also helped farmers to understand government rules and subsidy programs for biodiversity conservation and aided them in developing eco-agricultural tourism trips which highlight the importance of traditional farming communities and eco-friendly farming. Furthermore, the park has been actively engaged in creating a green conservation label program, encouraging people to buy products grown on eco-friendly traditional-style farms. The prices of the products reflect the needs of farmers. The park will also help promote and sell these goods.

Meanwhile, staff actively engage in doing scientific study of the jacana population and working with volunteers to maintain a high level of biodiversity inside and around the reserve area. The PTJCP has also developed numerous educational and outreach materials as well as setting up outreach events highlighting the importance of rural landscapes and their close relationship with biodiversity. Conservation efforts have been successful, with over 1,000 jacanas recorded annually in the area since 2016.

These efforts gave the PTJCP a strong case for IPSI membership. This partnership is open to all organizations committed to encouraging and supporting socio-ecological production landscapes and seascapes (SEPLS) for the benefit of biodiversity and human well-being. It was established in 2010 to coordinate activities that would implement the concepts of the Satoyama Initiative, promoting the integration of conservation and the sustainable use of biodiversity in production landscapes. It also encourages maintaining local agricultural knowledge to ensure that the global diversity of landscapes and cultures which they support will not be threatened in the future. Both the TWBF and PTJCP hope they can learn from the diverse partnership better ways to integrate and encompass the objectives of the Satoyama Initiate in their work and make positive contributions to the organization.

The TWBF and PTJCP would also like to recognize and thank the following organizations for their support over the years: the Forestry Bureau under the Council of Agriculture, the Railway Bureau under the Ministry of Transportation and Communications, the Tainan City Government, the Taiwan High Speed Rail Corporation, the Taiwan Semiconductor Manufacturing Corporation and other local enterprises.