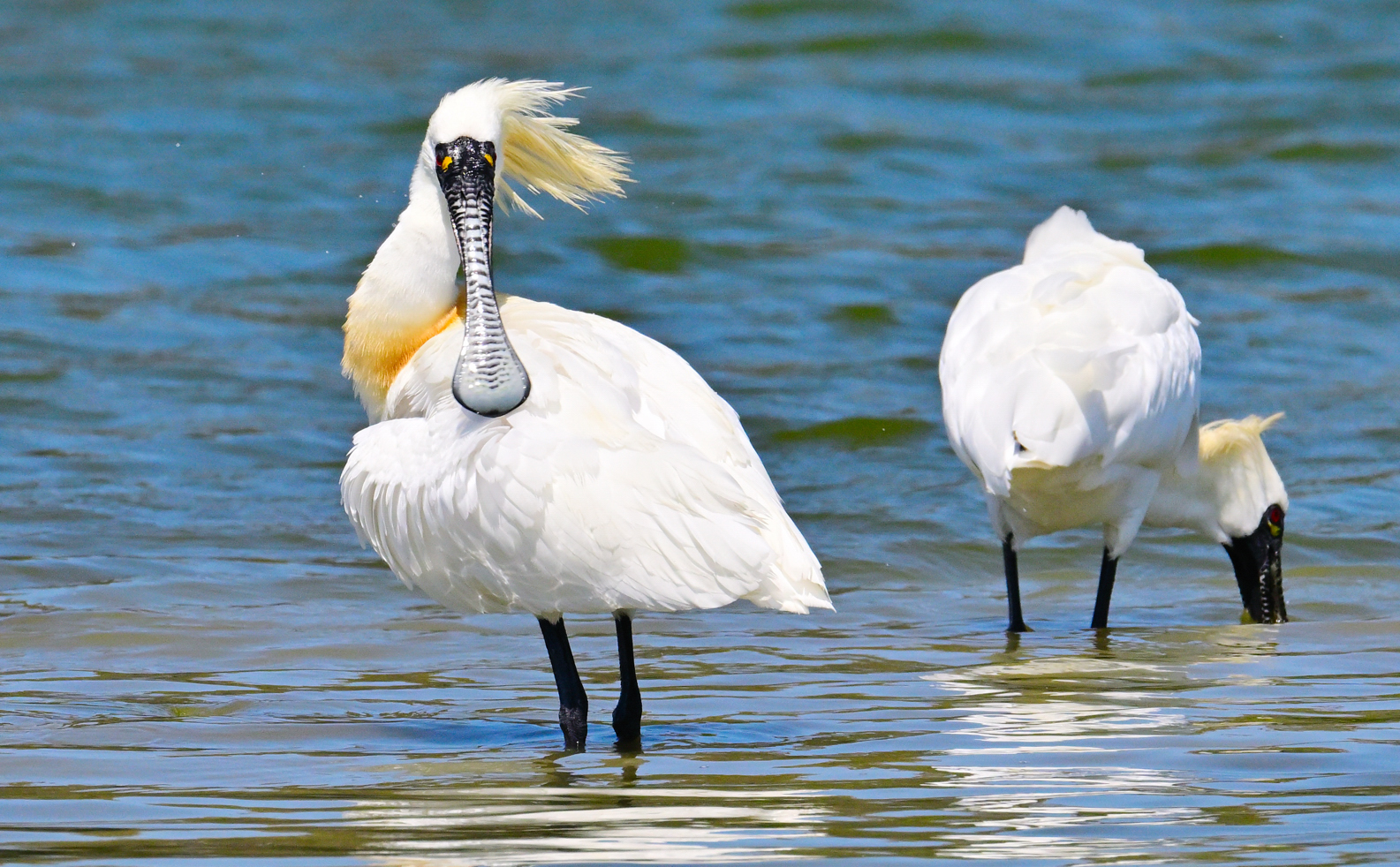 Results of the 2022 Taiwan Black-faced Spoonbill Census revealed a total of 3,824 wintering in Taiwan proper and its outlying islands, up 692 from the year before and a new record. With annual census numbers consistently showing 50% to 60% of the global population, Taiwan is one of the most critical habitat areas for the iconic and globally threatened species. This year’s survey lasted from January 8-9. 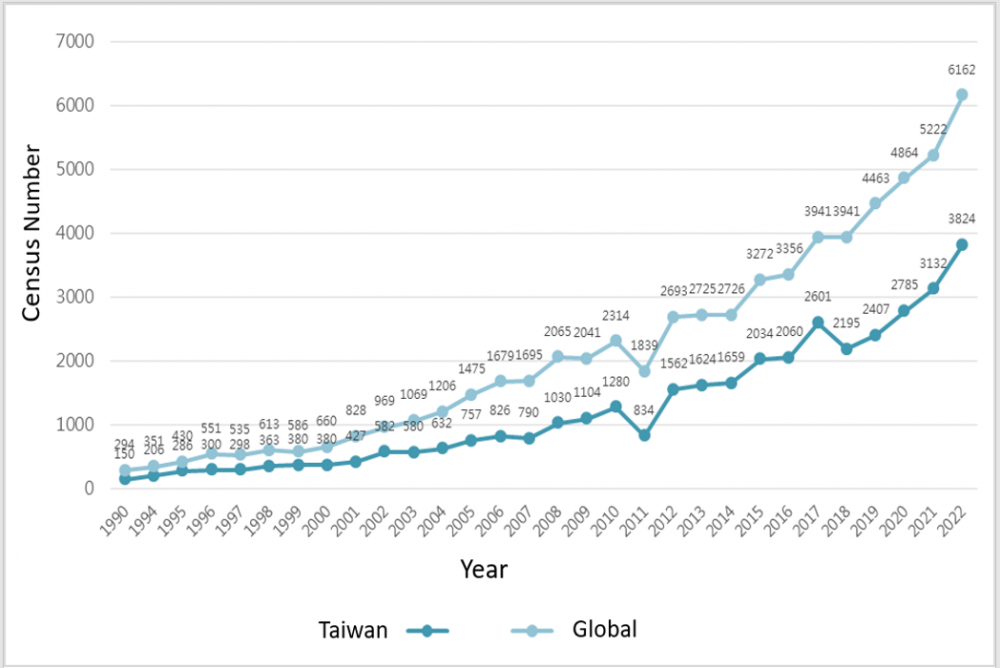 The count was done in coordination with the 2022 International Black-faced Spoonbill Census. This international event is organized by the Hong Kong Bird Watching Society and sees participating groups representing all of the migratory waterbird’s range take part. With a total of 6,162 birds recorded, it shattered the global record set just last year. Supported by the Taiwan Forestry Bureau, the Taiwan Wild Bird Federation organized the event in Taiwan, working with birders, bird societies, government agencies, and other groups from all over the country to conduct the census. Taiwan numbers accounted for 62% of the global population this year.

More than 90% of the wintering black-faced spoonbills counted were along Taiwan's southwest coast in Tainan City, Chiayi County, Kaohsiung City and Yunlin County, with Tainan being by far the most important. The number recorded there this year was 2,158 (56.4% of the national total). They were mainly concentrated in the city’s Chiku District and Annan District's Sicao Area. Another 962 (25.2%) were recorded in Chiayi County, mainly in the Budai and Aogu wetlands. The number is an increase of 641 from the year before. Kaohsiung City had 369 (9.7%), mainly located in the wetlands at Qieding and Yong'an as well as the Gaoping River. Yunlin County recorded 227 (5.94%), mainly in Kouhu Wetland and the southern bank of the Zhoushui River. Meanwhile, Pingtung County, Kinmen Island and Yilan County all had small but stable populations. In Pingtung, 36 (0.9%) were recorded, mainly in Dapeng Bay and Tiancuo. Kinmen had 29 (0.8%), primarily in Cihu Wetland, the Wujiang River Estuary, and Xi Lake. In Yilan 27 (0.7%) were recorded, mainly in the Xiapu Wetland. 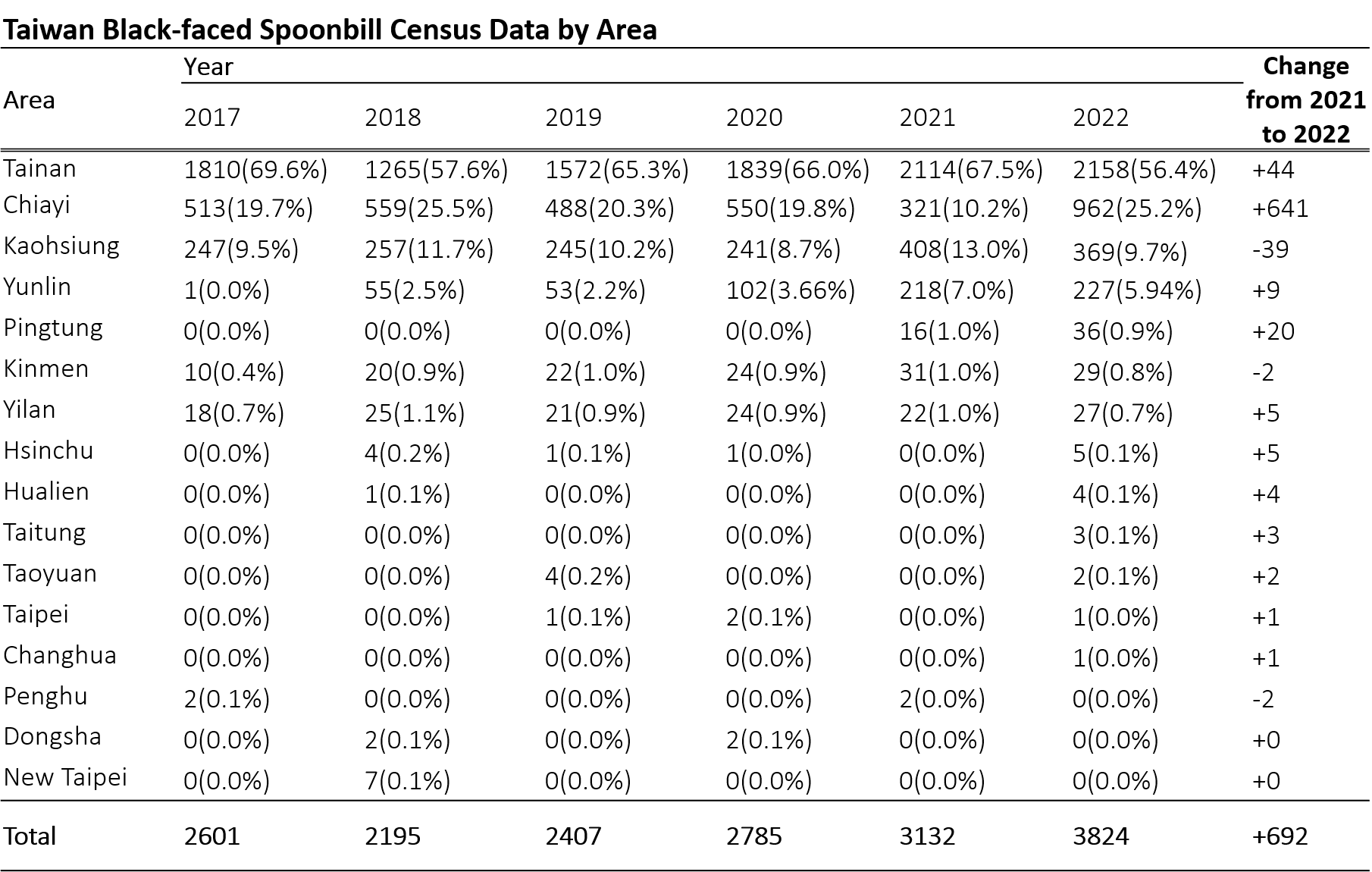 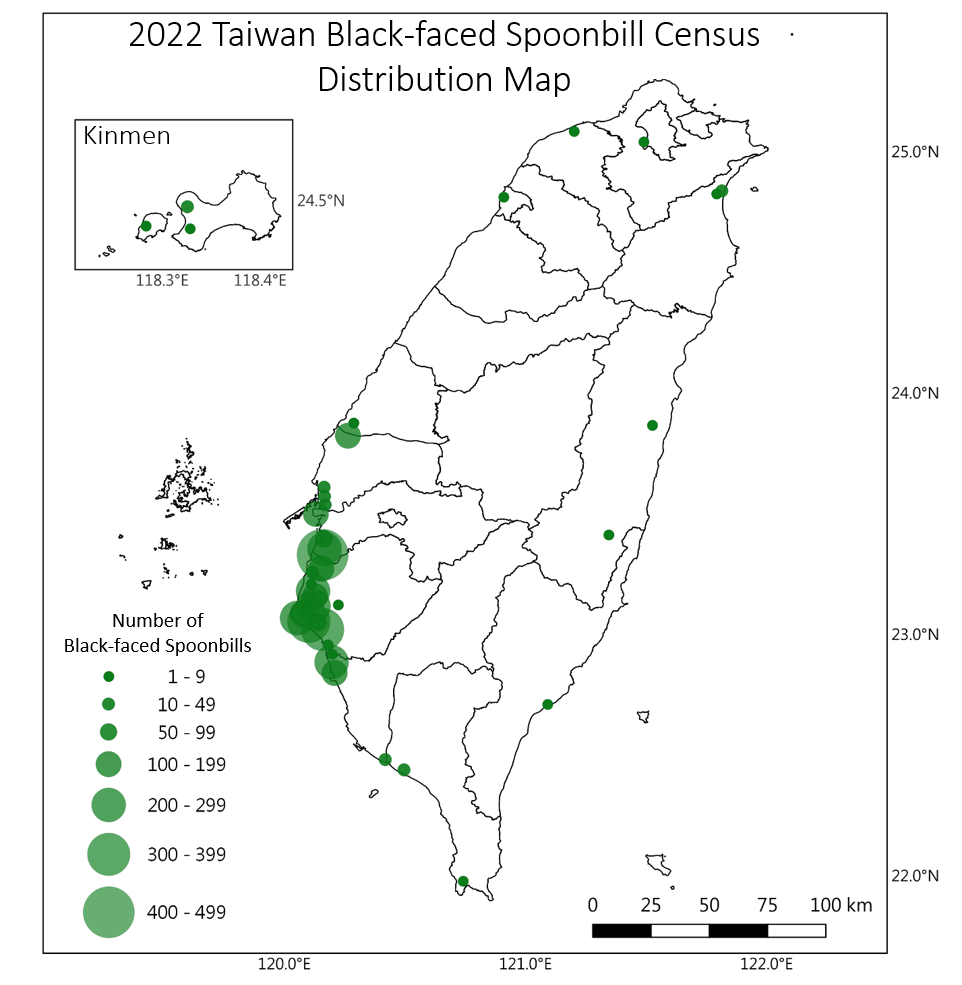 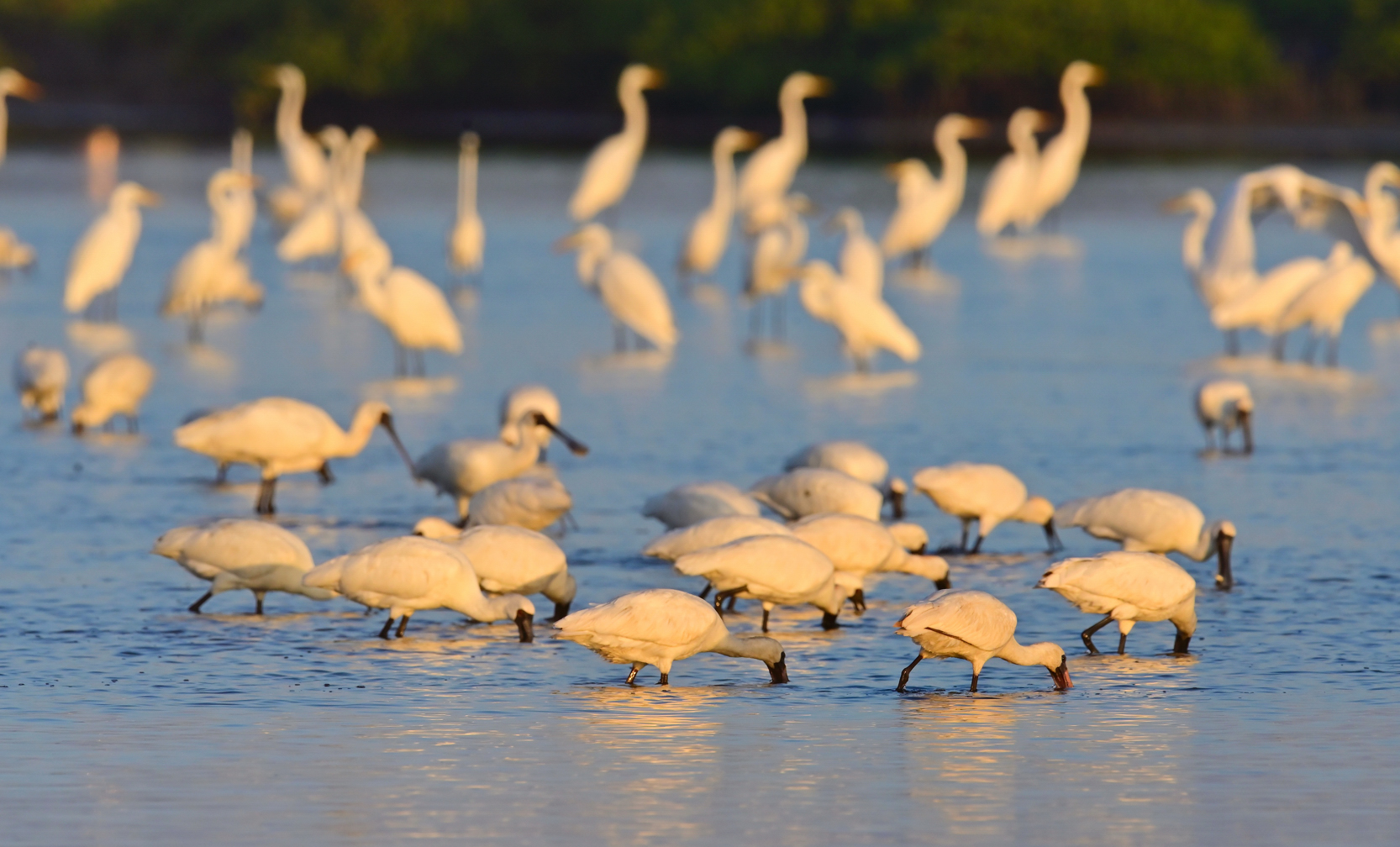 The TWBF is dedicated to doing research, conservation action, citizen science, and international collaboration to conserve birds and  their habitat. If you would like to support our work, a donation of any amount is greatly appreciated as it would help us do more to       accomplish these goals!