A view of Port Louis, Mauritius

The country of Mauritius, the tropical island of the legendary dodo, sits in the Indian Ocean and is the easternmost part of Africa. But when TWBF staff went there in the Spring of 2018, it wasn't there to soak up the sun on the beautiful beaches. They were there to talk Taiwanese fishermen about seabird bycatch mitigation measures. 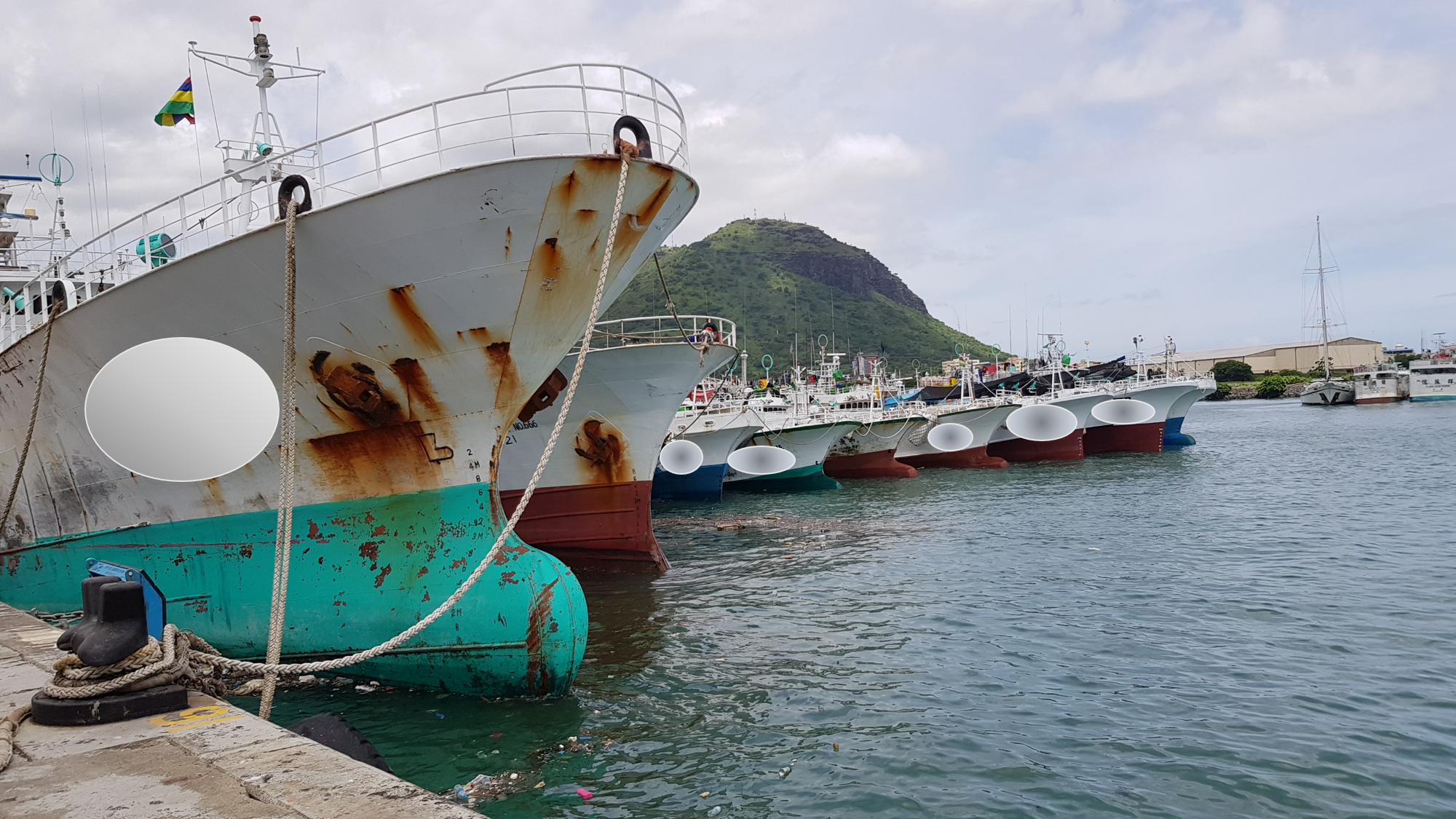 Looking at a map you'll notice how far away Taiwan is from Mauritius. Yet the island has a special purpose for Taiwanese fishermen, serving as the staging ground for many vessels which plan on doing fishing operations in the Indian Ocean. Many of these would be going south of the 25 degree latitude line in search of one of the world's most sought after fish, tuna. Yet this area is also home to a number of species including seabirds such as albatross and petrels, and that's where the TWBF comes in.

Taiwan's distant water fishing fleet is one of the largest in the world, catching up to ¼ of the world's tuna. During operations, vessels put out thousands of hooks on a long line (hence the vessels are called longliners). Each of these hooks are baited with fish like sardines. Yet what else eats sardines? Albatross and petrel species! During the setting of fishing lines, seabirds can be caught on the hooks as they try to take the bait before it sinks to a point that they can't swim or dive too. This takes some time as some smaller petrel s[ecoes can dive to a depth of 20m! Getting hooked usually maims or kills the birds. Currently 15 of the world's 22 albatross species are globally threated, and one of the main reasons is because of incidental bycatch.

The Agreement on the Conservation of Albatross and Petrels (ACAP) endorse a number of best practices to mitigate against seabird bycatch. These have been developed in coordination with the international scientific community. The top three promoted mitigation measures are:

1. Tori (Bird-scaring line)—These lines which look like a clothing line and have brightly colored streamers attached to them are attached to a pole and released off the back of the vessel during fishing operations. The goal of the tori line is to stop the birds from being able to reach the baited hooks before they have time to get out of reach. 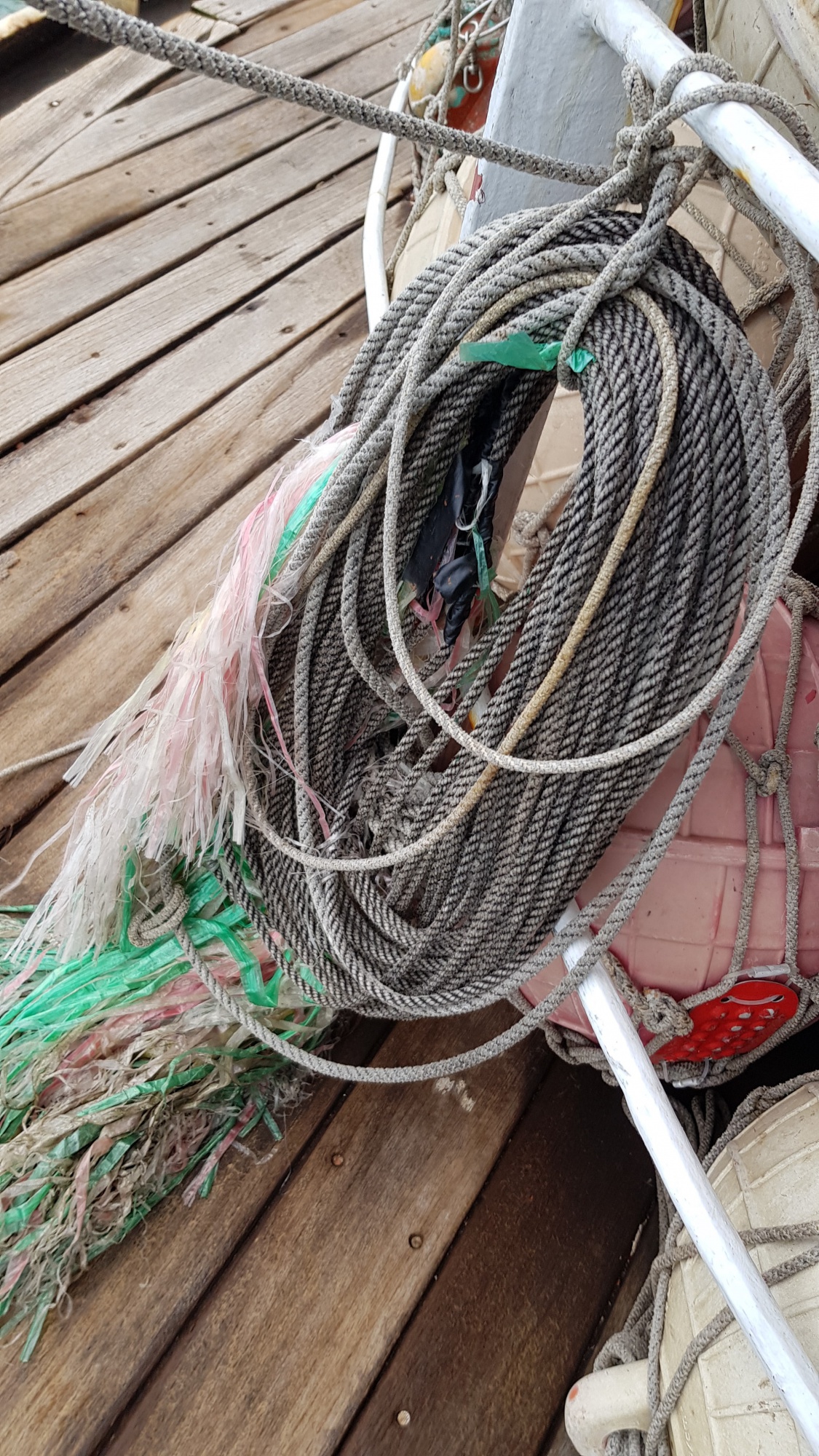 |A tori line after being used at sea

2. Line weighting—Here, extra weight is added to the branchline (usually closer to the hook) so it can sink faster and stay out of the mouths of seabirds.

3. Night Setting—It is proven that most seabirds are diurnal foragers. Therefore, putting the line and out between nautical dusk and nautical dawn would greatly reduce the risk of seabirds becoming bycatch.

Since the 2000s, the TWBF has been working with the Royal Society for the Protection of Birds on the issue of seabird bycatch by Taiwanese vessels.  With the support of the Taiwan Fisheries Agency, in 2016 two Taiwanese instructors were sent to do Port-based Outreach (PBO) in Mauritius to talk with fishermen about seabird bycatch. Over the course of their conversation, the pair would try and learn what the captains operations looked like, what they thought worked and didn't in terms of mitigation, and explain some of the newest technology related to seabird bycatch mitigation. It was a grassroots effort to learn about how to help develop better mitigation efforts for Taiwanese vessels. The 2016 pilot was such a success that a second round of PBO was launched in 2018 as well. The instructors were Ms. Orca Shen and Scott Pursner, the TWBF Director of International Affairs.

From March 5th to April 21st 2018, the duo worked in Port Louis, Mauritius doing PBO activities. They would hold informal interviews with captains and owners of Taiwanese longline fishing vessels, in order to find out what forms of mitigation measures were being used to protect against the bycatch of petrels and albatrosses. 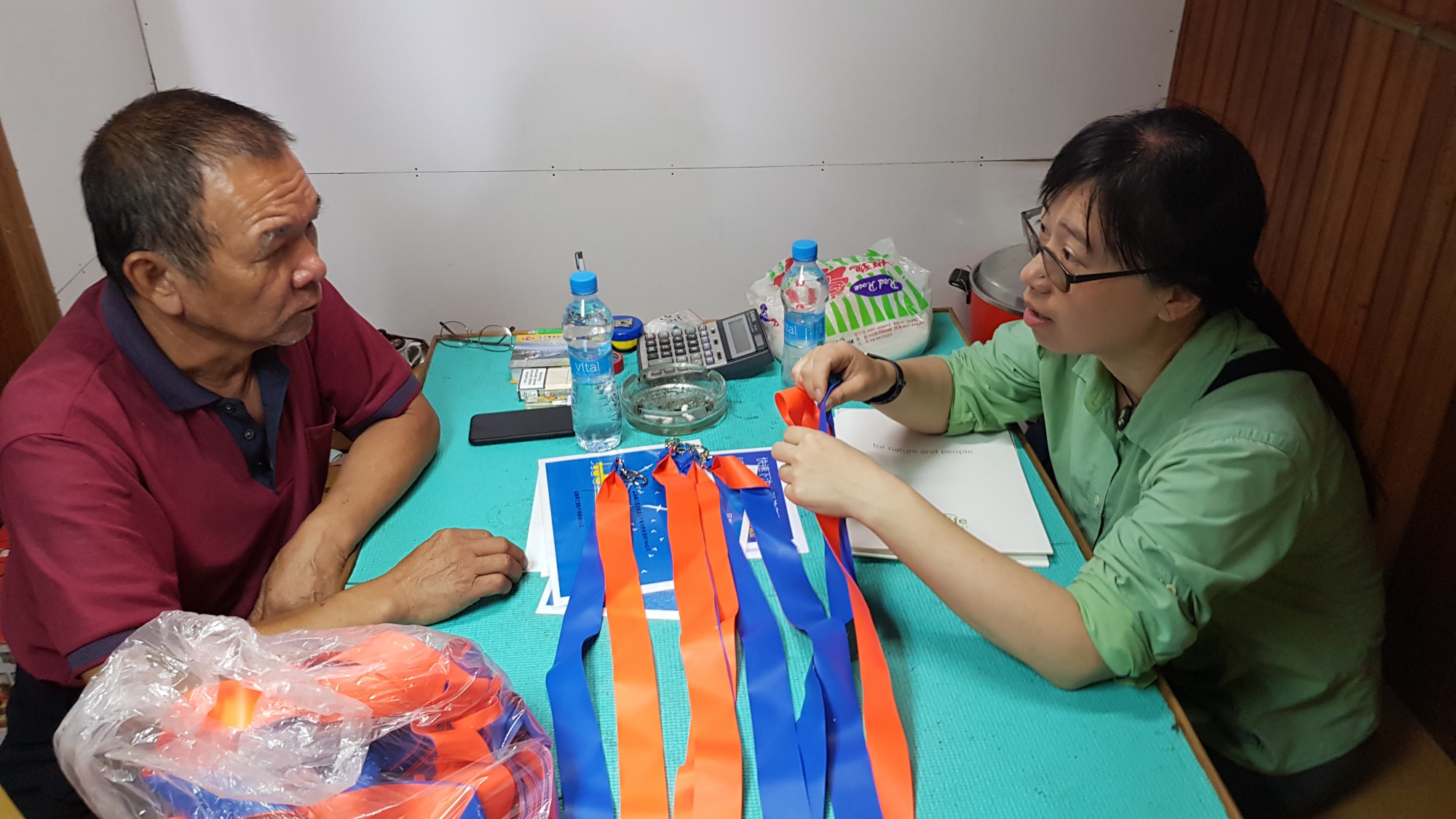 Orca talks with a vessel captain about tori line streamers

Every day they would take a local taxi from their homestay in Baie de Tombeau to Port Louis, the capital and home of the main port. Scott's French would come in handy at this point since although Mauritius is technically an English-speaking country, most of the local population use a French creole in day-to-day activities. Once at the port, they would usually meet with the FA representative who would help introduce them to captains and owners of various vessels. Usually the vessel staff was very busy as they were preparing to go out to sea soon. Therefore the instructors needed to do their best to perform interviews while not getting in the way. 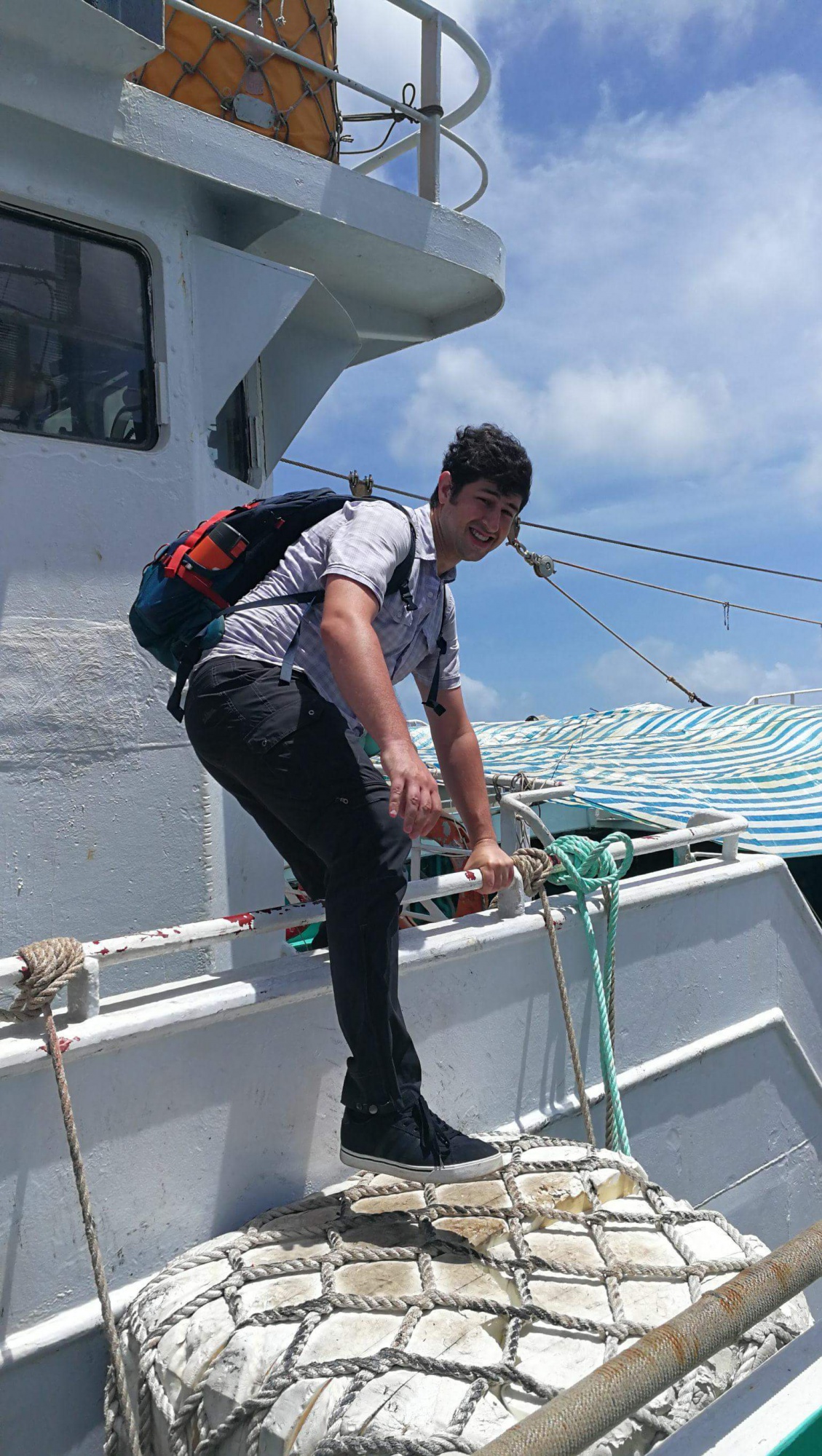 Scott and Orca needed climb from one vessel to another sometimes to reach the captain for interviews. 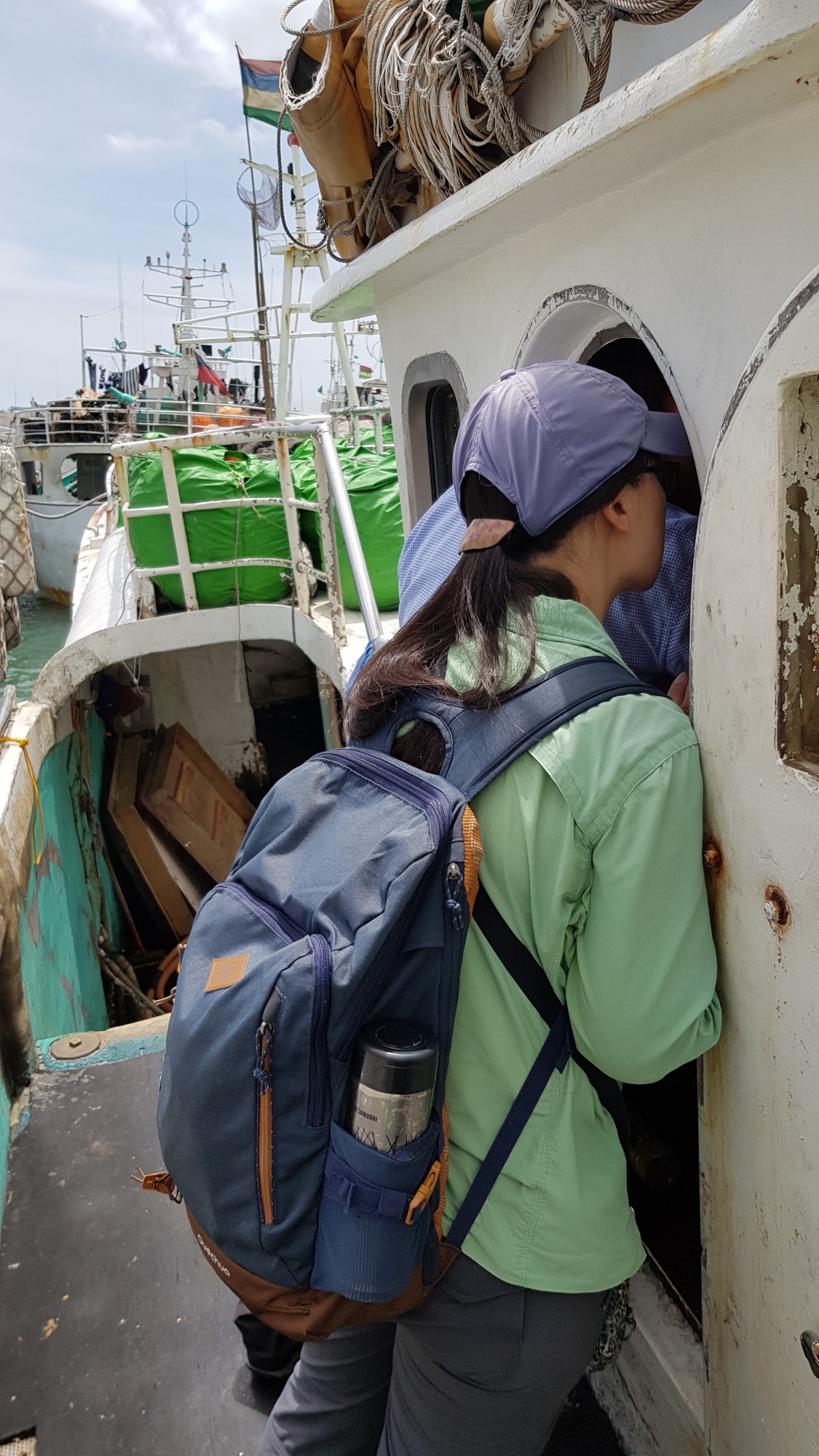 Orca talks to a vessel captain as they work in the cabin.

Conversation length and topic depended on the circumstances. Some captains invited Scott and Orca into their quarters to talk, others were busy and the conversation lasted only minutes. Orca would usually speak with the captains or owners in Taiwanese, which many were more comfortable using than Mandarin. The captains would discuss anything from the weather to issues surrounding fishing operations. But in the end they would always make sure to discuss seabirds and bycatch mitigation. In accordance with FA rules, the captains all knew that they were required to use at least two of the three best practice mitigation measures. They also all preferred tori lines. During the sessions, the instructors were also able to share with the captains some new information such as what vessels in Japan, New Zealand, or South Africa were doing to stop seabird bycatch. Orca and Scott could then get their opinions about whether it was something that could work on Taiwanese vessels. 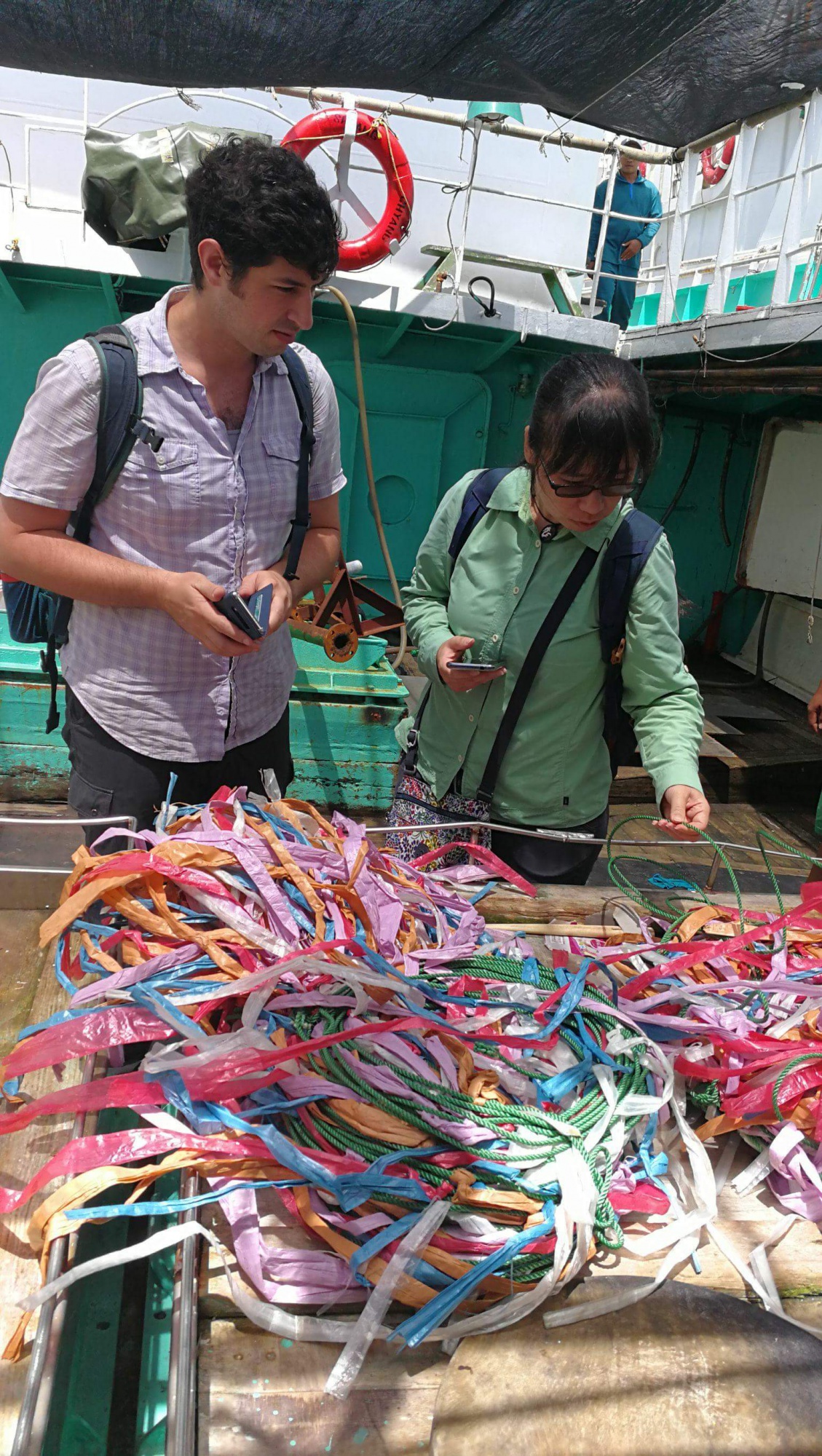 Orca and Scott look at a new tori line

Overall, the 2018 PBO was ultimately successful. It provided a lot of critical information about Taiwanese vessels fishing south of the 25 degree latitude line for the TWBF and RSPB. This would help them as they considered how to craft future bycatch-related work concerning Taiwan. Hopefully, it can lead to future conservation success of albatross and petrel species as well as a seabird bycatch free world!